The Meaning of Star of David and Judaica Good Luck Symbols

The Meaning of Star of David The  Star of David is considered a symbol of Judaism. It is also referred to in conjunction with seven-arm candelabrum Manora. Number seven has got a special meaning for Judaism. Jews believed that God created the universe in six days and took a rest on the seventh day. According to the same belief God has got seven souls. The holy candelabrum Manora that placed in the Mishka Temple and Jerusalem Temple has got seven arms. The Star of David consists of seven parts with a gap in the middle of the star and six corners.

The oldest known Jewish text, Eshkol Ha-Kofer has been written by Judah Haddasi. This text lists the names of the seven angels and The Star of David is placed next to the name of each angel.

The Star of David still represents good luck to the Jewish community and also it is for evil eye protection. Mezuzah is a symbol of trust to God for Jewish people. Mezuzah is meticulously handwritten on parchment paper affixed to the door in the houses. This symbol is believed to protect the house and a family from evil forces. 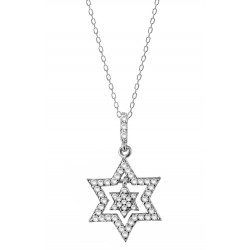 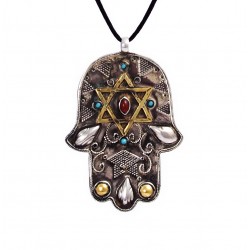 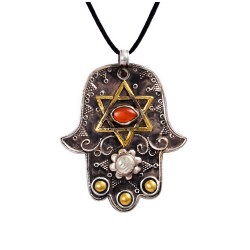