The Evil Eye Bead theme is getting more and more popular.

Why Fashion Is Embracing the Evil Eye. Why the evil eye is trending in

The evil eye bead symbol has recently become popular in different fields. All for evil eye protection not only for a jewelry trend. For example; This eye symbol, which we see only as an evil eye necklace and bracelet, is now seen in clothes, home decoration objects, and wall decorations. Artists in many different fields produce very aesthetic productions in an effort to resist the evil eye. The Evil Eye symbol, most often depicted as four concentric circles in the shape of an eye, is used to ward off variations of evil intentions. The evil eye originates from jealousy or malice and is inflicted on another person with a look of evil. The evil eye bead is a universal symbol of protection, the evil eye is referred to as μάτι (mati) in Greek. The concept and the significance of the evil eye is especially prominent in the Mediterranean and West Asia. 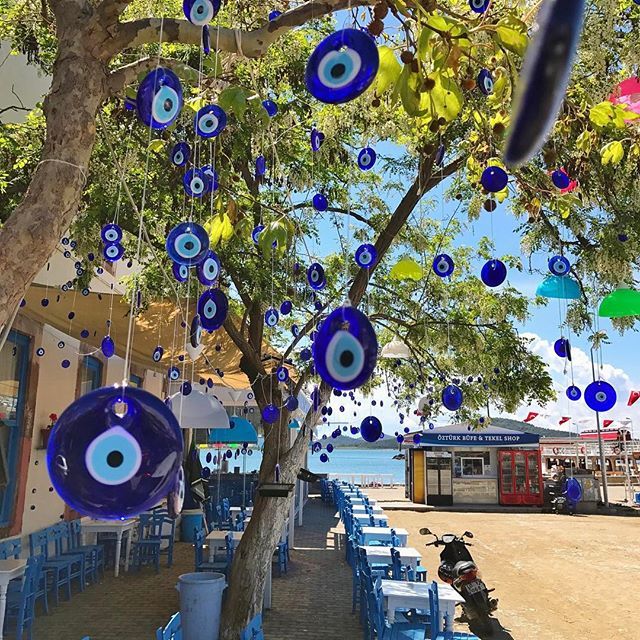 These days the symbol is popping up everywhere, from handmade soap to chic hotel lobbies. Basically, it is to ward off negative energy and bring positivity into your life. People began to hang the amulet almost on everything from their pets to their children. It's also a common practice to wear them on your person and put them around the house. Over time, the charm will wear and crack. This isn't a bad omen. It means that the beads have done the job, and you're safe. As soon as the bead breaks, you'll need to get another one to replace it and keep the protection to be sure that the evil spirits don't come back. The ubiquitous blue glass beads we know today found their origins in the Mediterranean region around 1500 BC— known as Nazar Boncugu, they are a traditional talisman in Turkey. 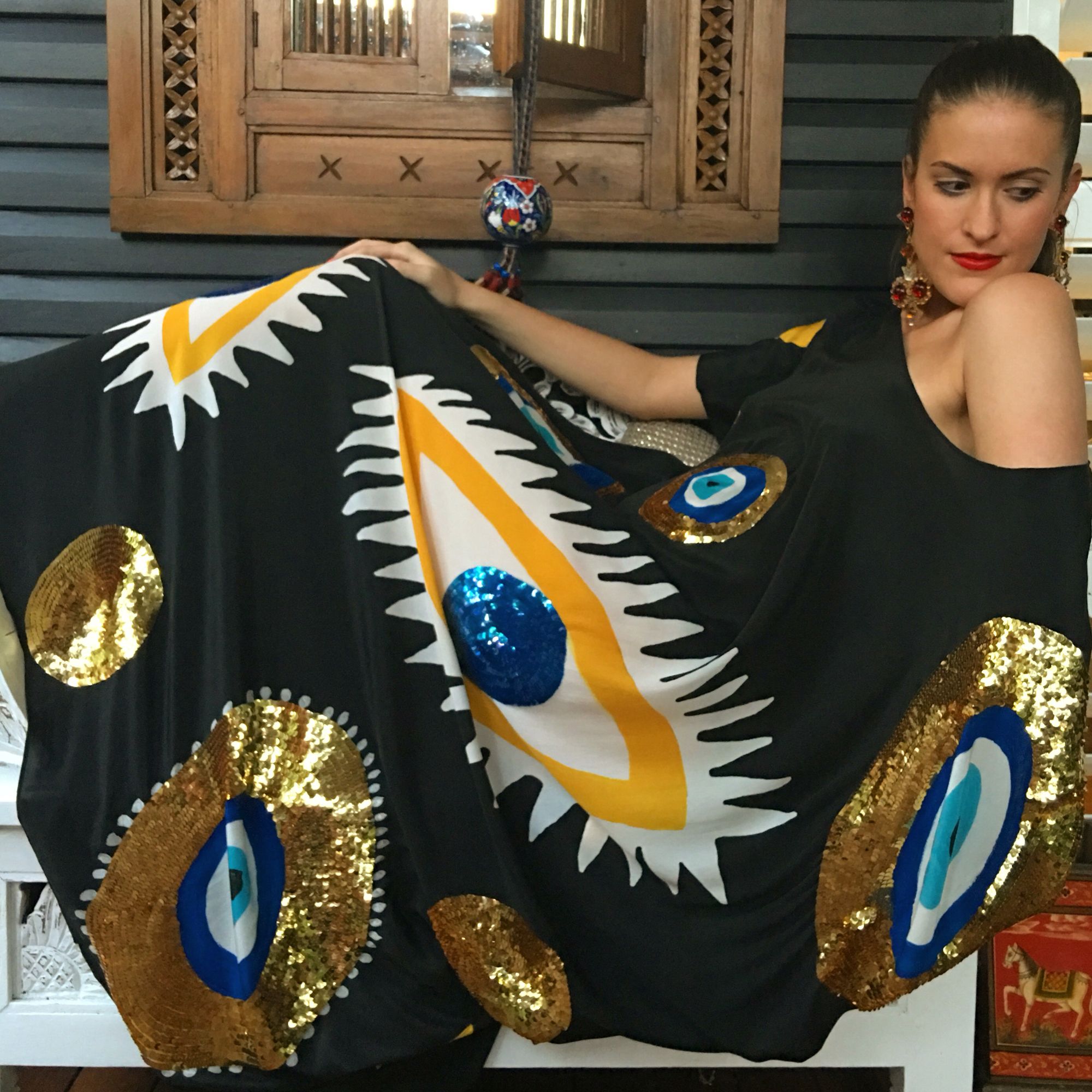 If you've ever seen a person of Greek origin sporting a circular glass charm that shows a curious blue eye, then you've seen the classic Greek evil eye symbol -- the matiasma. This eye's main purpose isn't really an aesthetic one, but rather to serve the function of warding off the effects of the evil eye. Matiasma means "evil eye" in Greek, and is often shortened to mati, or "eye." The word is used to describe the eye symbol itself, which looks something like a bull's-eye, with a dark center "pupil" surrounded by a circle of light blue, then sometimes white, then finally an outer circle of dark blue. It's comprised of two primary colors, blue and light blue. Blue is the color of protection, while either yellow or light blue is in the middle, and the protector, mostly black, is centered on the blue background. The power of blue radiates positive energy and symbolizes good karma. Light blue is a color that's most commonly associated with the sky. This color in the evil eye amulet is a symbol of truth. Blue symbolized god in the sky in ancient history; it has the power of relaxing the tension once looked at.

This Cultural Symbol Of Protection Become Just Another Fashion Trend? 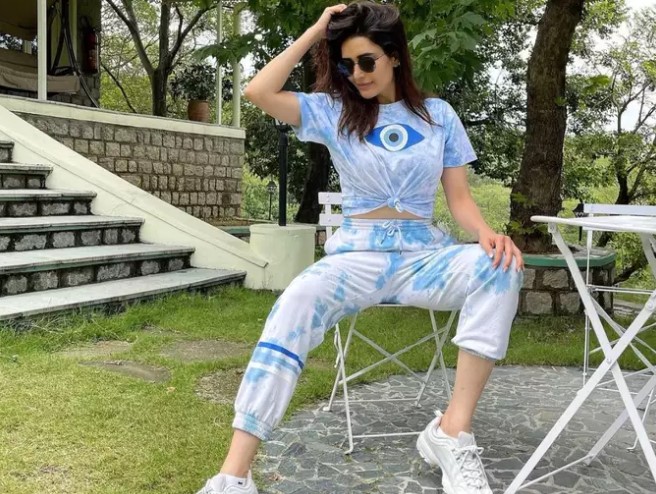 Karishma Tanna's evil eye is a thing of art

Karishma loves quirky fashion and her Instagram feed is full of such fashionable pieces. The actress stunned in yet another quirky outing as she dressed to kill in a set tie and dye co-ords in blue and white. The set featured evil eye symbols that just caught our attention instantly! 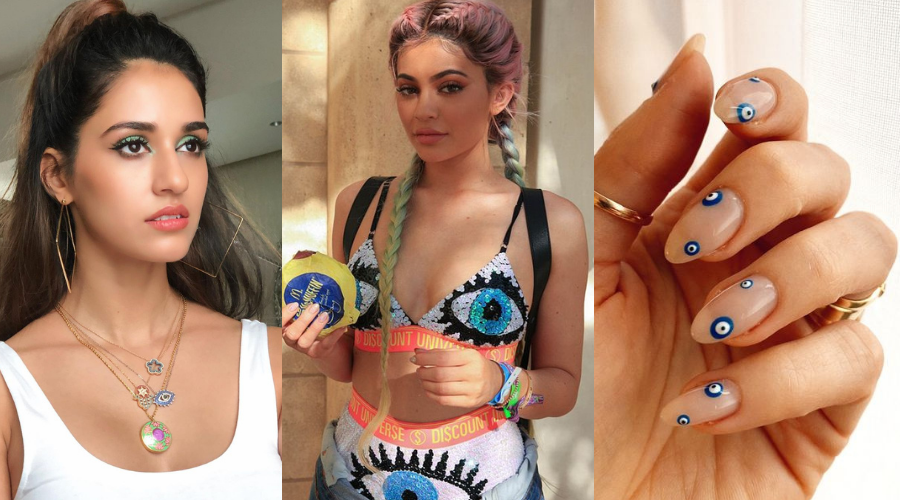 Worn as jewelry, hung outside the house, or used as auspicious gifts for loved ones— cultures all over the world have different ways to incorporate this protective emblem into their lives. It's more than just a mere symbol, the eye represents belief systems. That being said, a quick web search will lead you to everything from evil eye pool floats to bath mats and nail stickers… 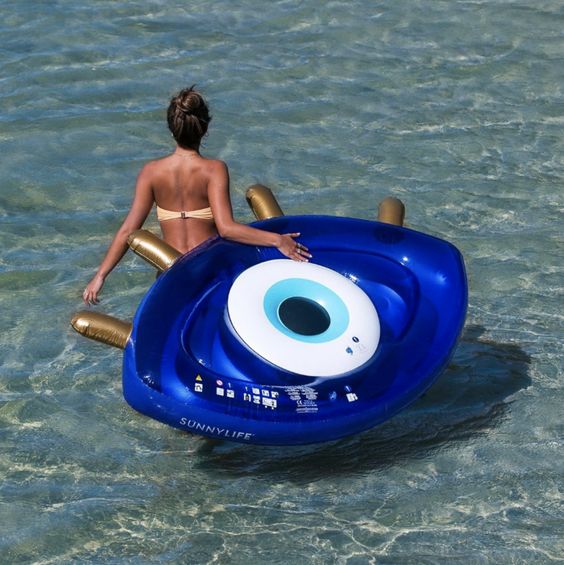 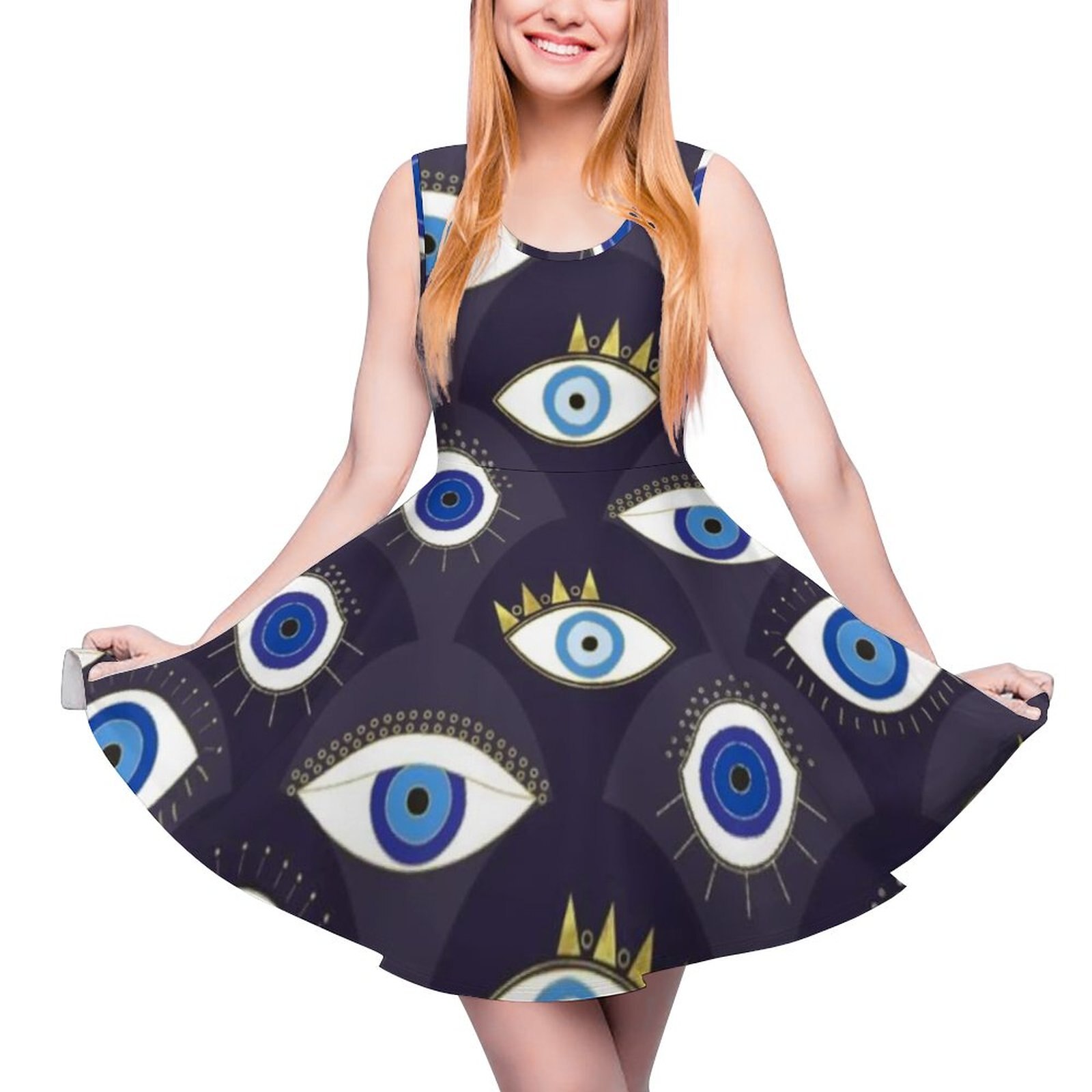 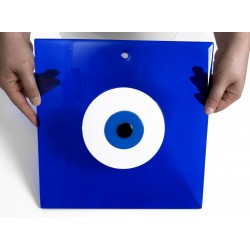 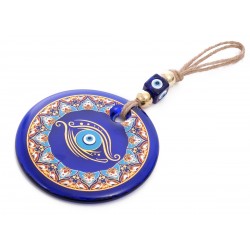 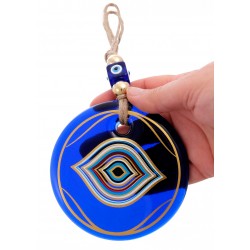