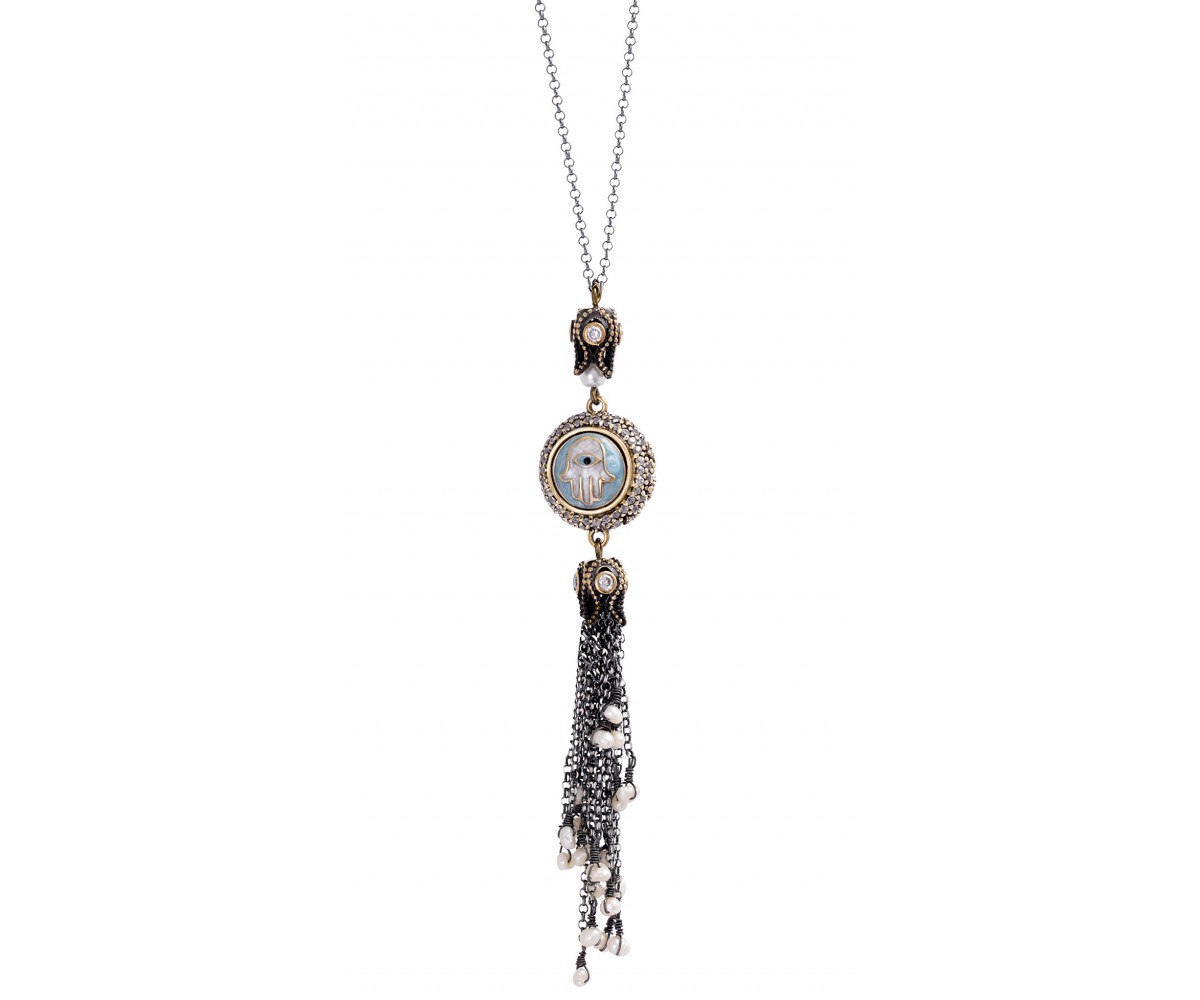 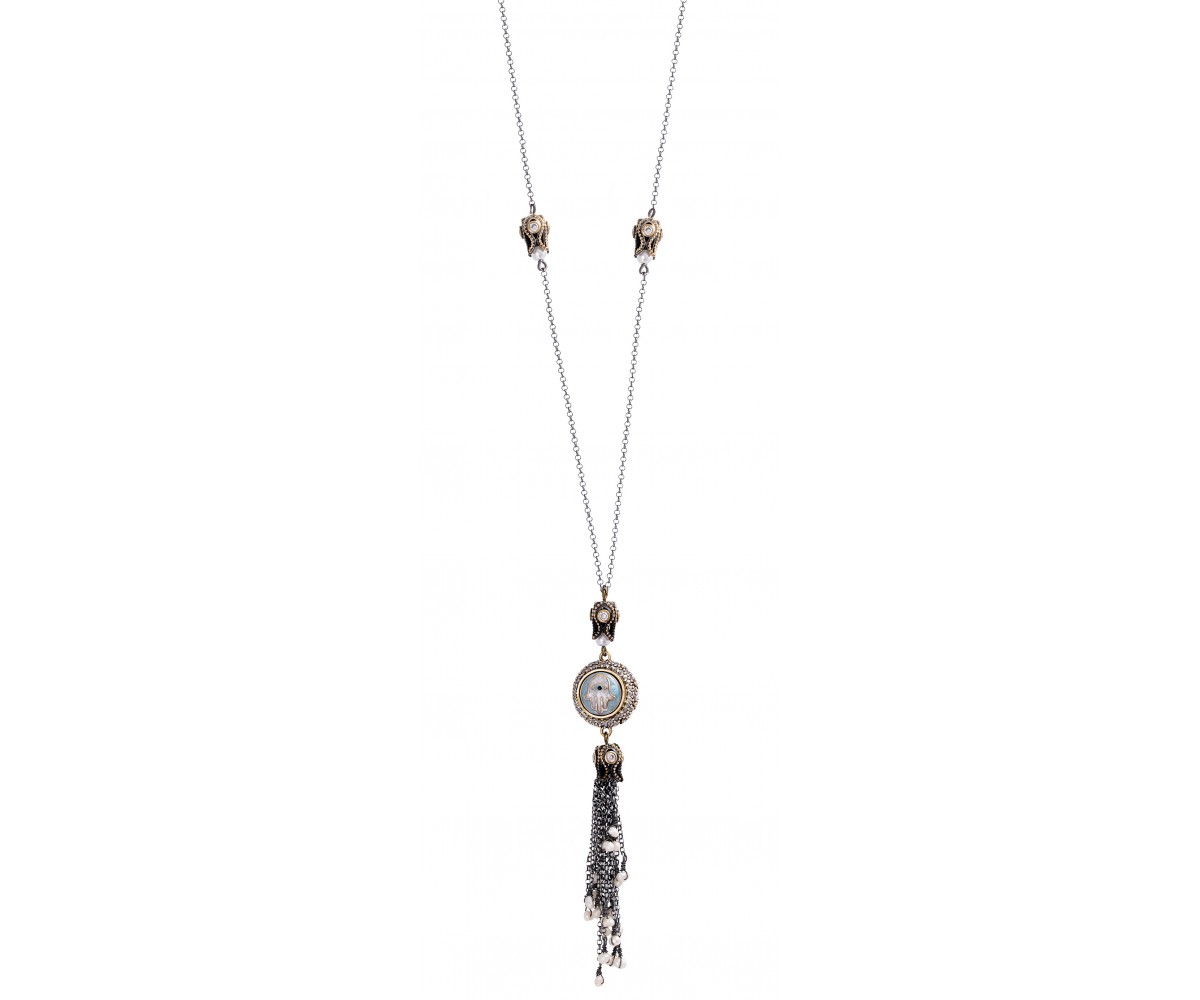 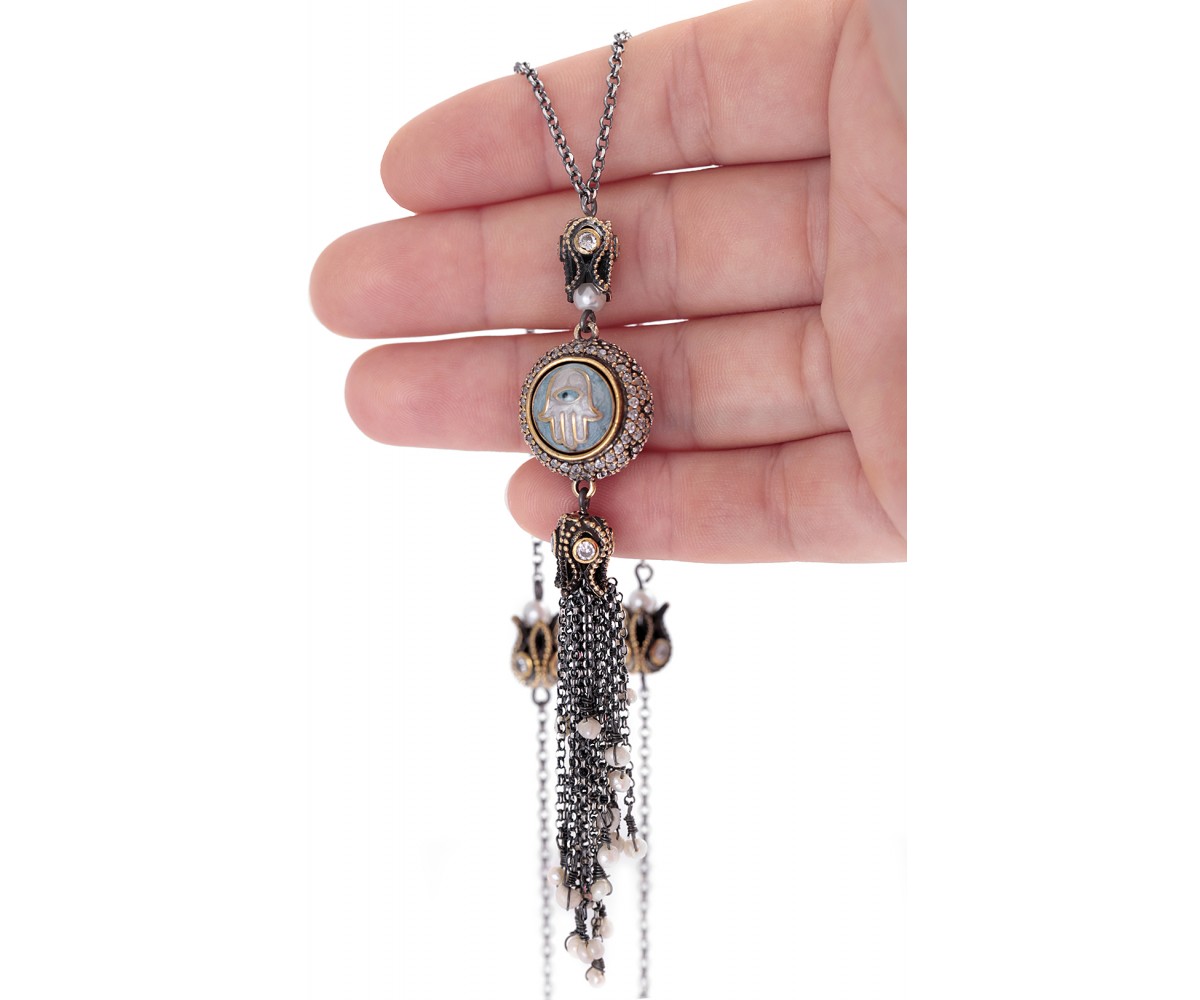 Designer Hamsa Hand or Hand of Fatima Tassel Necklace. 925 silver double sided hamsa and rhodium finish silver tassel with genuine pearls. Many early cultures adopted the eye as an icon for their protection, others used Hamsa and so over time the most popular universal symbol became an eye placed in the palm of a hand. The power of the eye inserted into Hamsa combined their power and introduced the idea of obtaining a more powerful talisman by combining the power of two.

Hamsa with Evil Eye regarded as antidote to the negative energies, which is fear of human beings throughout history.
$ 149.90
Add to Cart
Buy Now
Add to Wish List Compare this Product
Tags: 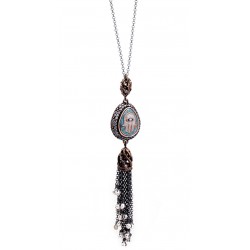 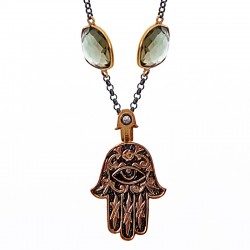 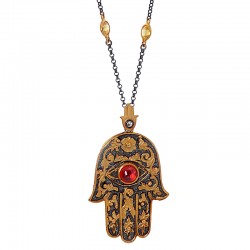 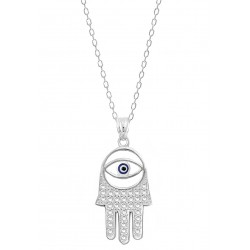 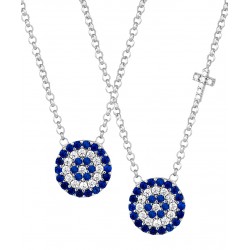 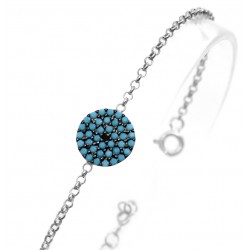 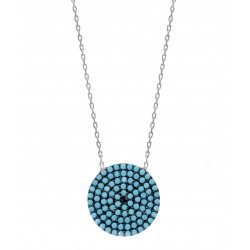